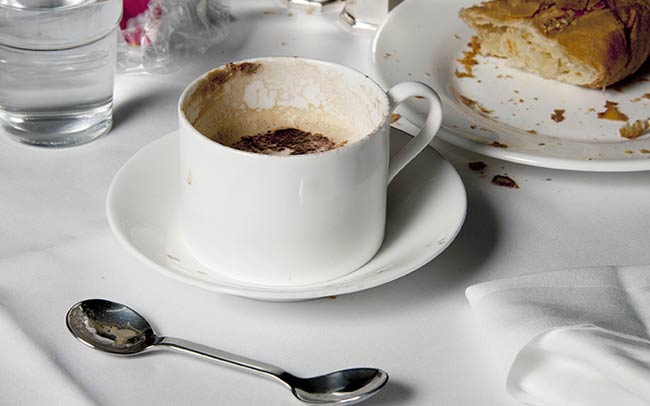 Stanley Picker Fellow Nicole Wermers has completed a commissioned work for Tate Britain consisting of a ‘double-fronted’ teaspoon designed for public use within their newly refurbished Café, Members Room and Whistler Restaurant, reopening in November 2013. The spoon will be used alongside an otherwise regular cutlery in the manner of an endless edition.

Entitled Manners the unusual spoon has two bowls, one at each end of the handle, subtly different in size and design to reflect the shape of spoons at different periods of modernity. 20th Century art has a strong connection with cafés and the associated bohemian culture and its rituals. The spoon is at the centre of that ritual, being the tool to mix together its ingredients. Manners is a conceptual and sculptural intervention within the transitional spaces of Tate Britain which play host to the intimate, everyday ritual of preparing and drinking tea and coffee.

The transformation of the oldest parts of Tate Britain by architects Caruso St John will combine striking new architectural elements and the revealing of beautiful original features throughout the building. With this in mind, Manners is a deliberately subtle intervention, which plays on the idea of “Kunst am Bau” ad absurdum and questions the nature of an artist commission in a museum’s café. In deliberate contrast to the Rex Whistler mural, which wraps around the room and envelops the visitor, Manners is almost invisible upon entering the spaces and yet most diners will come into physical contact with the work.

Wermers’ ongoing interest in the transitional public spaces of cities, such as museums and department stores, lately focused on cafés informed by a period of residency in Rome, that resulted in an exhibition Il Dehors(2012) at the Villa Massimo/German Academy in Rome. An installation of borrowed and rented outdoor furniture and table accessories of various Roman bars and restaurants, the identically set-up units, complete with sugar and napkin dispensers, table cloths and ashtrays, crowded the gallery space as if were a public piazza while reflecting on the way public space is structured and commodified.

For her current Stanley Picker Fellowship at Kingston University, Wermers is developing a body of new work, furthering her research interests around issues of design and public space, towards a solo exhibition at the Gallery in Spring 2014.

The new spoon will be unveiled at the re-opening of Tate Britain on 19 November 2013.