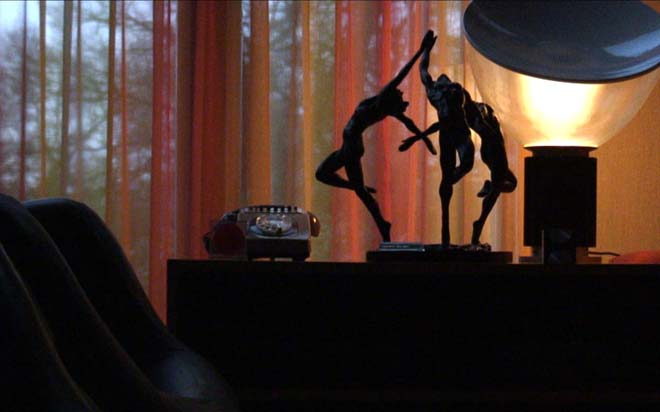 Above image: Elizabeth Price At The House of Mr X (video still) 2007

Artist Elizabeth Price (Stanley Picker Fellow 2005) has been awarded the Turner Prize  2012 for her solo exhibition earlier this year at BALTIC Centre for Contemporary Art, Gateshead, including the video installation The Woolworths Choir of 1979. Currently showing at Tate Britain, the work deftly juxtaposes a study of ecclesiastical architecture with an archive of pop performances and footage of the real life story of a devastating fire in a Manchester branch of Woolworths that killed 10 people.

Awarded the prize by actor Jude Law at a ceremony on Monday 3 December, in her acceptance speech Price commented  that her career as an artist would not have been possible without the ongoing support of public institutions who have supported her practice over the years. Price received the Stanley Picker Fellowship in 2005 and has recently said of the  experience that  it gave her “a really significant opportunity, early on in my video work, when I wasn’t an obvious suspect”.

The artist’s Stanley Picker Fellowship commission At The House of Mr X (2007), filmed entirely on location at the Picker House on Kingston Hill (pictured above) was exhibited again recently at the Gallery as part of the exhibition The Occupants: Contemporary Perspectives on the Picker House.

Stanley Picker Gallery Director David Falkner says of the news:
“Elizabeth’s Turner Prize win is fantastic news for the Stanley Picker Gallery here at Kingston University, and a clear message that we are selecting the right candidates to join our Fellowships programme. In a year that both Price and current Fellow Andy Holden were also granted the Paul Hamlyn Award, and previous Design Fellows El Ultimo Grito received the London Design Medal, Price’s Turner Prize win marks the end of a spectacular year for the Stanley Picker Fellowships, affirming the significance of our programme in supporting the very best art and design practitioners in developing their careers.”