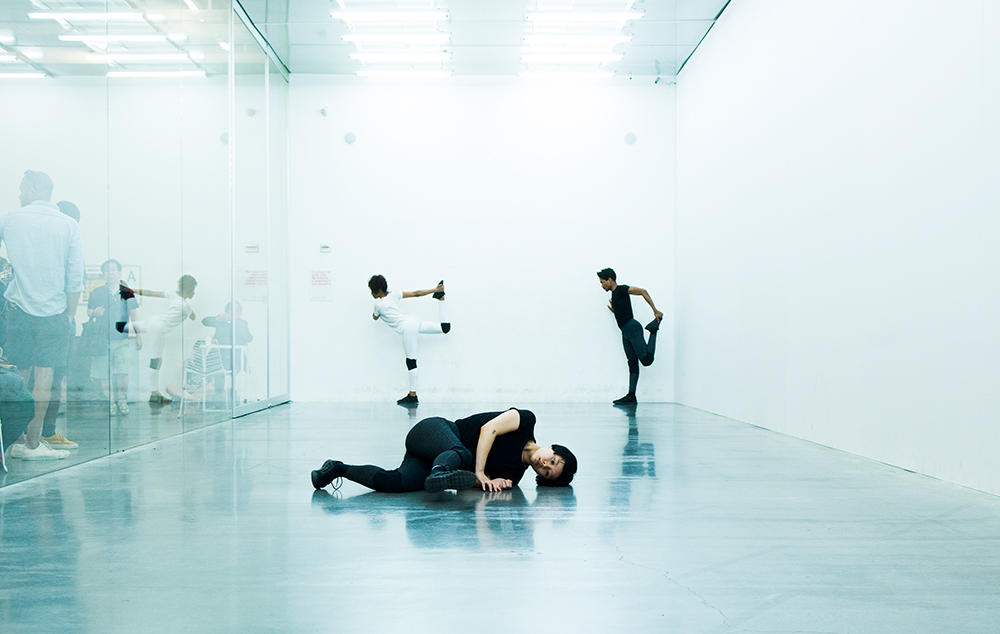 Cally Spooner (b. 1983) is an artist and writer born in London, where she is currently based. Her work consists of media installations, essays, novels and live performances such as radio broadcasts, plays and a musical, which grapple with the organisation and dispossession of that which lives. She often uses rehearsals, or the episodic form, as a means, and an end, in itself. Recent solo shows include New Museum, New York; Stedelijk Museum, Amsterdam (2016); she has participated in numerous group exhibitions, including Aspen Art Museum, and REDCAT, Los Angeles (2015). Her essays/writing have appeared in Flash Art and Artforum; her book of scripts is published by SlimVolume (2016) and she is the author of the novel, Collapsing In Parts published by Mousse.

Over the course of her Fellowship research, Spooner will seek a cross-disciplinary exchange with Kingston University’s Schools of Humanities; Performance and Screen Studies; and the Centre for Research in Modern European Philosophy (CRMEP), to unpack the politics, ethics and economics of collaboration in the creative industries. Operating both practically and academically, her Fellowship will become groundwork for the formation of a more or less functional performance company. Through study-groups, networking, publishing and knowledge building, Spooner’s research activities will explore and test models of generative, collective production, alongside analysis of contemporary states of management and power; directorial presence, authorial absence, the trusting in (or harnessing of) the genius of one’s ‘cast’.