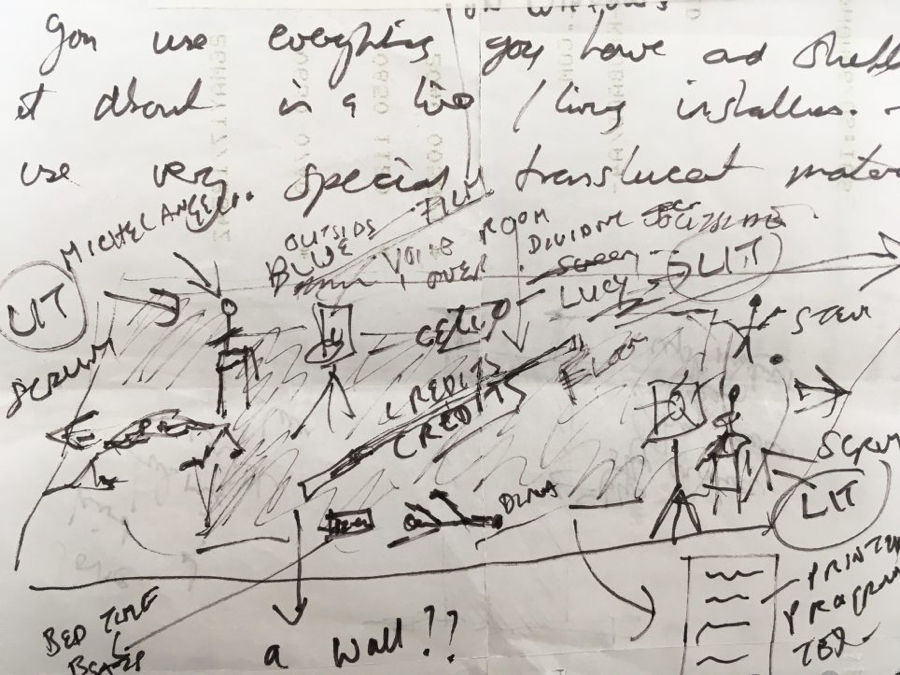 OFFSHORE is an itinerant performance company, laboratory and pedagogical structure. It’s aim is to draft new vocabulary and terms of how to organise, work, and perform. Arriving from literature, theatre, and a messy, unrequited love affair with philosophy, OFFSHORE sits somewhere between a school for embodied knowledge, an engine, an alibi, a backroom, a rehearsal, and some deliberate, unguaranteed, social plumbing.  OFFSHORE is probably though best described simply; as an organisational structure. It enables a number of persons, some of whom will have met before, some of whom will not have met to maintain a state of rehearsal, over a number of days, in public. Comprised of a growing number of performers, academics, writers, scientists, psychologists, economists and philosophers, OFFSHORE has been in formation since 2017, when it was initiated by Cally Spooner as her Stanley Picker fellowship. Her role in the project now continues as the OFFSHORE ACCOUNTANT, ALIBI BROKER, and LEGIBILITY COORDINATOR.