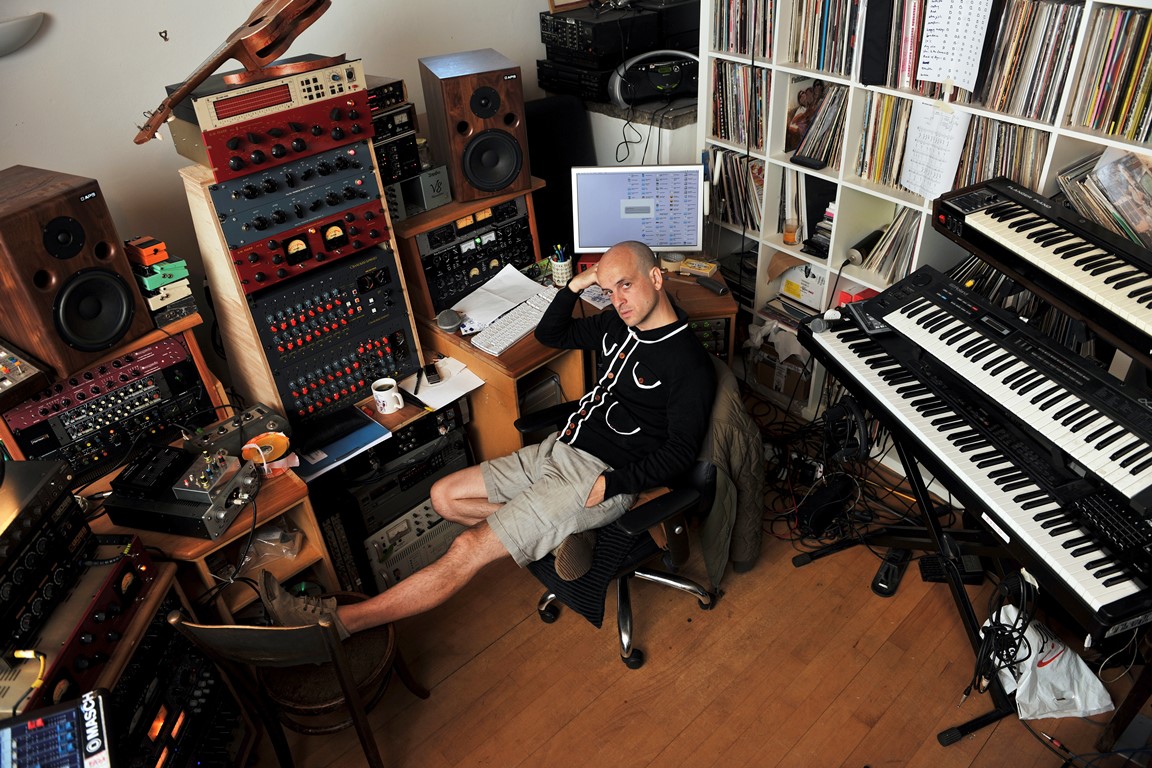 Acclaimed musician Matthew Herbert and designer Yuri Suzuki will discuss aspects of their ongoing dialogue around sound and music, taking some of the works presented by Suzuki within his exhibition Furniture Music as a starting point for the conversation.

Matthew Herbert is a prolific and accomplished musician, artist, producer and writer whose range of innovative works extends from numerous albums (including the much-celebrated Bodily Functions) to Ivor Novello nominated film scores (Life in a Day) as well as music for the theatre, Broadway, TV, games and radio. He has performed solo, as a DJ and with various musicians including his own 18 piece big band all round the world from the Sydney opera house, to the Hollywood Bowl and created installations, plays and opera.

He has remixed iconic artists including Quincy Jones, Serge Gainsbourg, and Ennio Morricone and worked closely over a number of years with musical acts as diverse as Bjork and Dizzee Rascal.  He has been sampled by J Dilla for Slum Village and another of his pieces (Cafe de Flore) inspired a movie by Jean-Marc Vallee (Dallas Buyers Club). He has produced other artists such as Roisin Murphy, The Invisible, Micachu and Merz and released some of these works alongside others on his own label – Accidental Records. He also set up NX records with Goldsmiths University to support the release of music from alumni and others. Notable collaborators have included chef Heston Blumenthal, playwrights Caryl Churchill and Duncan Macmillan, theatre director Lyndsey Turner, musician Arto Lindsay and writer Will Self but he is most known for working with sound, turning ordinary or so-called found sound in to electronic music.

His most celebrated work ONE PIG followed the life of a pig from birth to plate and beyond. He is relaunching an online Museum of Sound and is the creative director of the new Radiophonic Workshop for the BBC. His debut play The Hush was performed at the National Theatre, his debut opera The Crackle at the Royal Opera House and he continues to work on projects for the screen as well as the stage. His debut book called The Music is soon to be published.