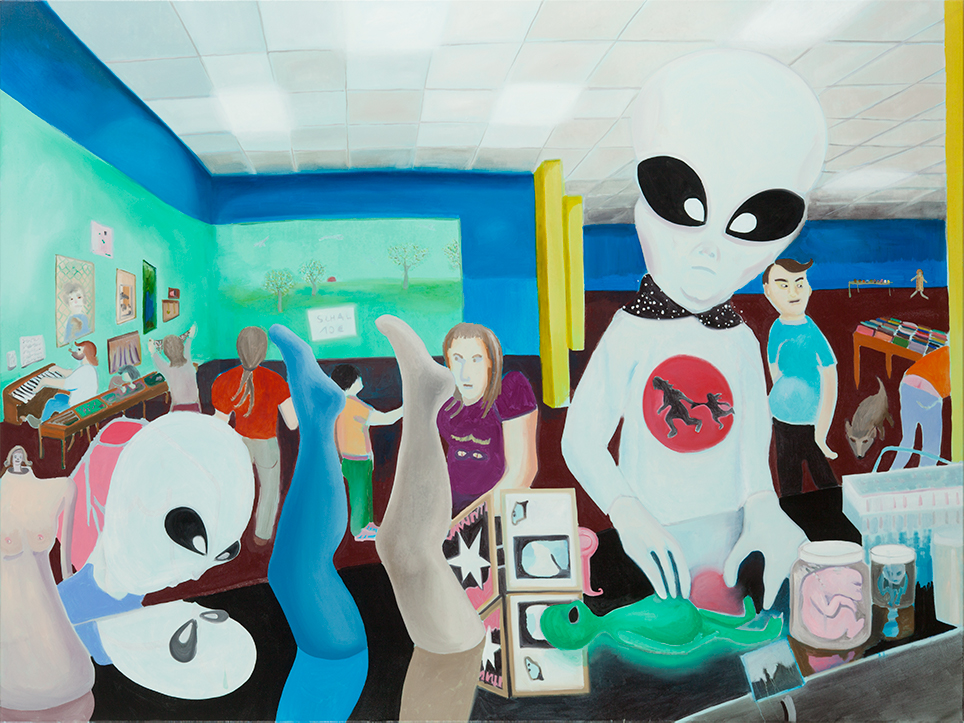 Staged to coincide with the scheduled Article 50 Brexit deadline, this special live music event accompanies our current exhibition Haus der Lose/House of Lots by artist and musician Katrin Plavčak, and features live music by the band Chicken, a DJ set by Stanley Picker Design Fellow Yuri Suzuki, and the premiere of the world’s first Stylophone Orchestra.

Vienna-based trio Chicken – Plavčak and bandmates Nicholas Hoffman and Hari Ganglberger – will play tracks from their upcoming debut album, recently recorded at Kingston University’s Visconti Studio with the support of Lecturer in Music Michael Gatt and a team of BA Music Production students, and collegiate music.

This event will also see the premiere performance of ‘The Stylophone Orchestra’ launched at Kingston University and the first ensemble of its kind – completely comprising of battery-powered synthesisers and stylophone instruments, Korg Volca units, Suzuki Omnichord, a vocal synthesiser and Moog Theremin.

Accompanying the live music, Kingston University BA Graphics Students will be holding Units, a ‘sample sale’ of printed items inspired by Plavčak’s practice, and student Wallace Finnerty-MacKay will be inviting audience members to help her complete (and take away) bespoke copies of a Haus der Lose / House of Lots exhibition catalogue.

Click here to read more about the exhibition and associated events.