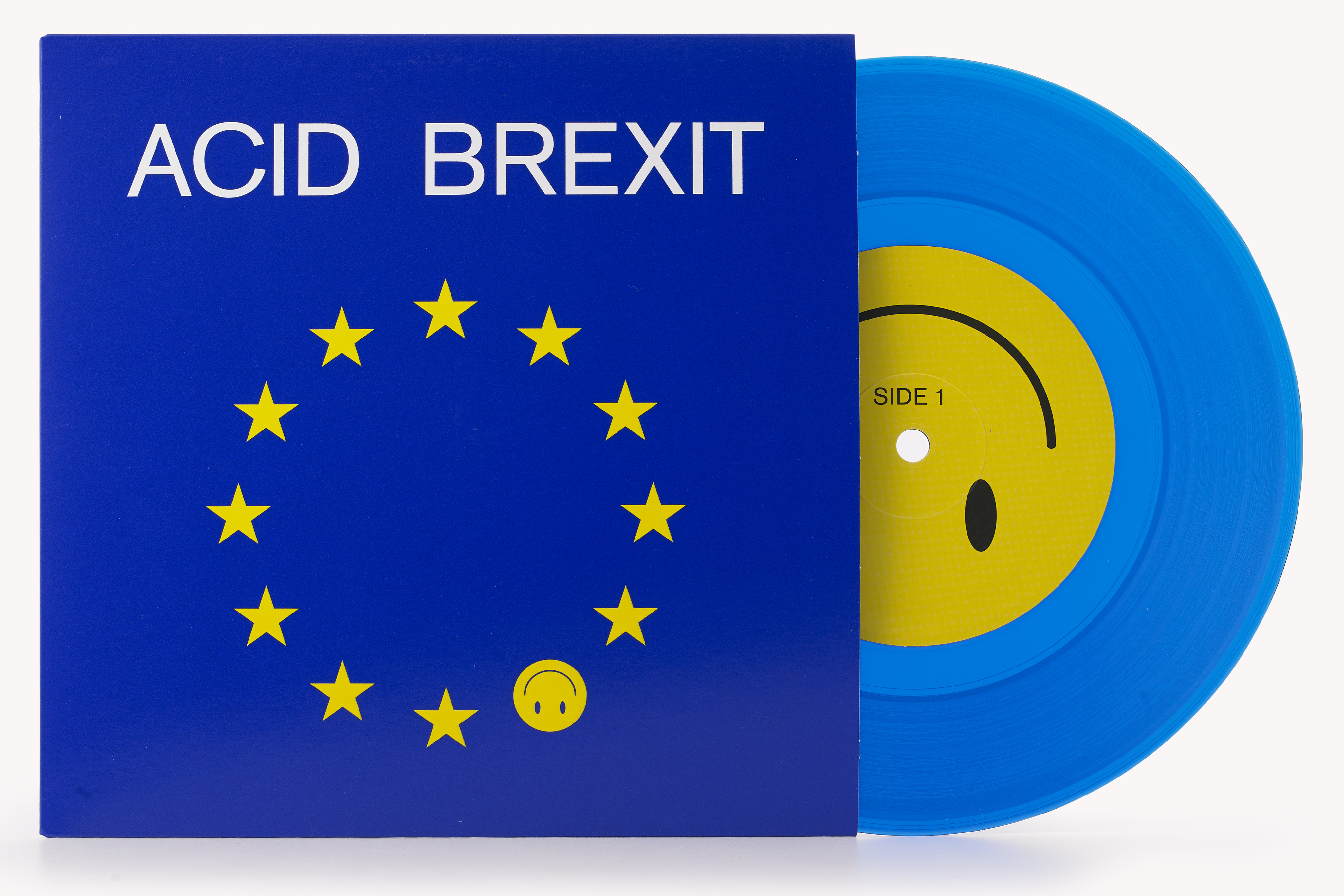 In association with Pentagram Design

Acid House is protest music. Born in Chicago, the addictive sound was imported to the UK and spread widely in youth culture during the 1980s ‘Second Summer of Love’. Artists such as KLF, Underground Resistance and Psychic TV all used Acid House/Techno to communicate their political activism or manifesto. Over thirty years on, Yuri Suzuki’s Acid Brexit effectively employs the genre to comment on Brexit and his position as a Japanese artist based for many years in the UK:

“I am an immigrant to the UK. I started working on this project last year, propelled by my frustration towards the anxiety and pressure placed on immigrants by government actions. I have felt vulnerable and hesitant about publishing it. But I am increasingly inspired by the creative industry’s response to Brexit and satirisation of the Conservative Party’s agenda. This project is a tool for protest. The tracks are free to download, mash up, reuse, reissue and everything else in between. The songs may be posted anywhere and used in any way. Take them, listen to them, sample them and change them in whatever way best suits your cause. Thank you for listening.” Yuri Suzuki

Acid Brexit is available now online, in association with Pentagram, accompanied by an animation by Jody Hudson-Powell and Luke Powell. With cover design by Zoe Anspach, the special edition Acid Brexit 7″ blue vinyl pressing is released on 1 March 2019, with a live DJ set by Suzuki at the Stanley Picker Gallery at Kingston University, as part of a free event coinciding with the original Article 50 deadline, from 6-9pm on Friday 29 March 2019. The Acid Brexit edition will be sold from Stanley Picker Gallery, for a special launch price of £5 (+p&p) up until the 29 March event ‘The House of Lots Live’ at the Gallery where Suzuki will be signing copies.