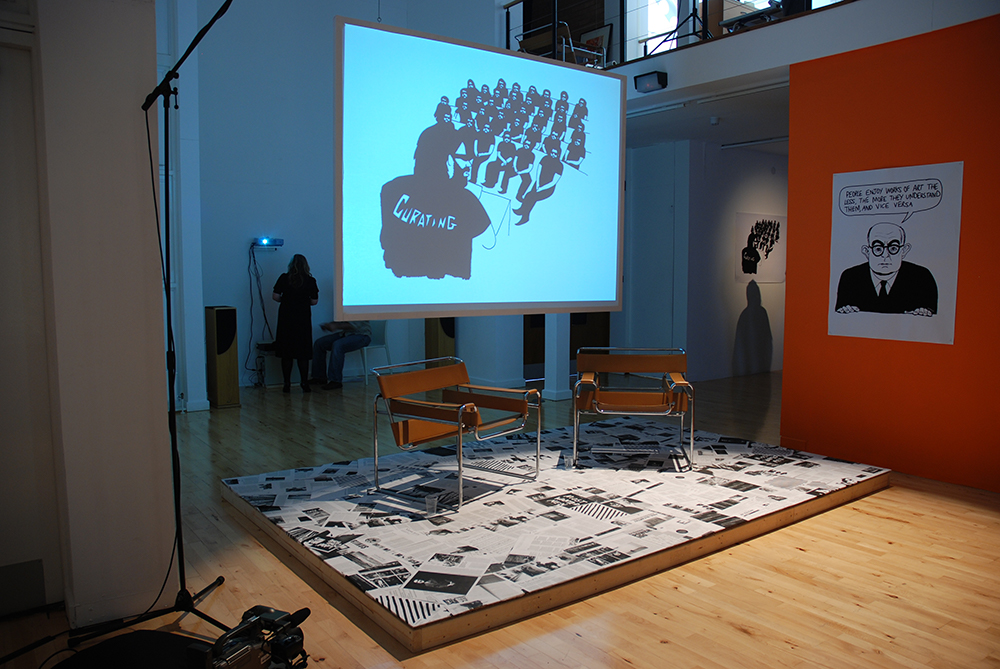 An exhibition and publishing project that brought together philosophers, artists, theorists and critics in order to discuss new approaches to art writing, that took as its starting point the working hypothesis that criticism is a fundamental bridge between the theory and philosophy of art and art practice itself.

Today,  criticism is widely perceived to be in a state of crisis and the art world seems to be characterised by a widening gulf between theory and practice.

Curated by Robert Garnett and Andrew Hunt and featuring Eric Alliez, Aline Bouvey/John Gillis, Steven Claydon, David Osbaldeston, Peter Osborne, Simon O’Sullivan and amongst others, Gest: Future Criticism set out to suggest ways in which this gap might be bridged and begin to make new theoretical ideas about art more accessible to non-specialist audiences.

By discussing and displaying criticism directly in the gallery context the exhibition created a series of encounters and events within which new critical voices  could emerge.