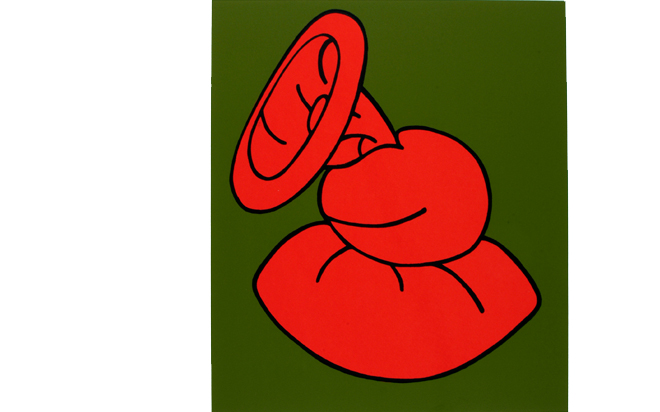 “Richard Trupp is one of the most talented and ambitious young British sculptors working today. Having gained a wealth of technical experience while serving as assistant to Sir Antony Caro, Trupp has now embarked upon his own creative enterprise. His work is grounded in a deep respect for the history of sculpture and a curiosity about the myths that have grown up around it.

A former Jerwood Sculpture Prize nominee, Trupp currently divides his time between making his own work and teaching sculpture to students at Kingston University. To his own work he brings an in-depth knowledge of the technical processes of manufacture combined with sensitivity towards a broad range of conventional and unorthodox sculptural materials.

His most recent work – an ambitious piece entitled Anticipating Mars – draws on what Trupp sees as a primal connection between the discipline of sculpture and the process of ‘vulcanisation’ “” the curing of rubber through the application of heat, discovered by Charles Goodyear in 1859 and named after the Roman god Vulcan. Inspired by Vulcan’s skill in forging richly ornamented armour for Mars, the god of war, and jewellery for Venus, Trupp’s forged rubber pieces are decorated with classical ornament, evoking fragments of ancient Roman armour. But they also work as a visual pun on the shared attributes of rubber and bronze. Trupp wanted the sculptures to be exhibited together on a piece of blackened steel, “as if they have come straight from the forge of Vulcanus in anticipation of a visit from Mars.” At Eyestorm they can be seen displayed within an austere Richard Serra-like bronze container that references an ongoing dialogue between sculpture ancient and modern.

In marked counterpoint to this genuflection towards the ancients, Trupp has also ventured into more contemporary realms. ‘POP’ – a brightly-painted red bronze balloon – functions both as a realist work in its own right and as a witty play on the eponymous 1960s movement. Trupp also intends it as a comment on “the fragility of life and the threat to our environment”. Moreover, playing as it does with notions of scale, POP may yet be realised as a monumental outdoors piece – a respectful homage to Oldenburgh et al – or what Trupp envisions as “a contemporary sculptural exclamation mark within the landscape”.