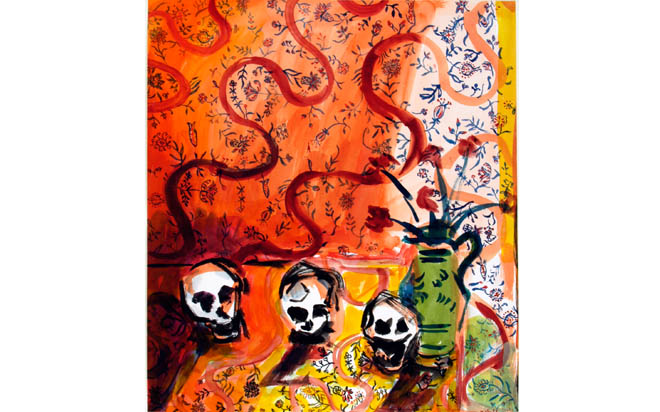 Julie Held is a painter working whose compositions are both figurative and abstract, with colour playing a central role in the evocation of her observed world. She studied at Camberwell and the Royal Academy Schools, and has  exhibited in many group exhibitions including The Royal Academy Summer Exhibition, The London Group Exhibitions, The Jerwood Drawing Prize, The Threadneedle Prize, Flower Central and The Barbican, London.

Amongst her solo shows she has exhibited in Prague, Leipzig and Hamburg.  Her work is held in a number of public collections, including Nuffield College, Oxford, New Hall, Cambridge, The Open University, and the Ben Uri Art Museum collection.