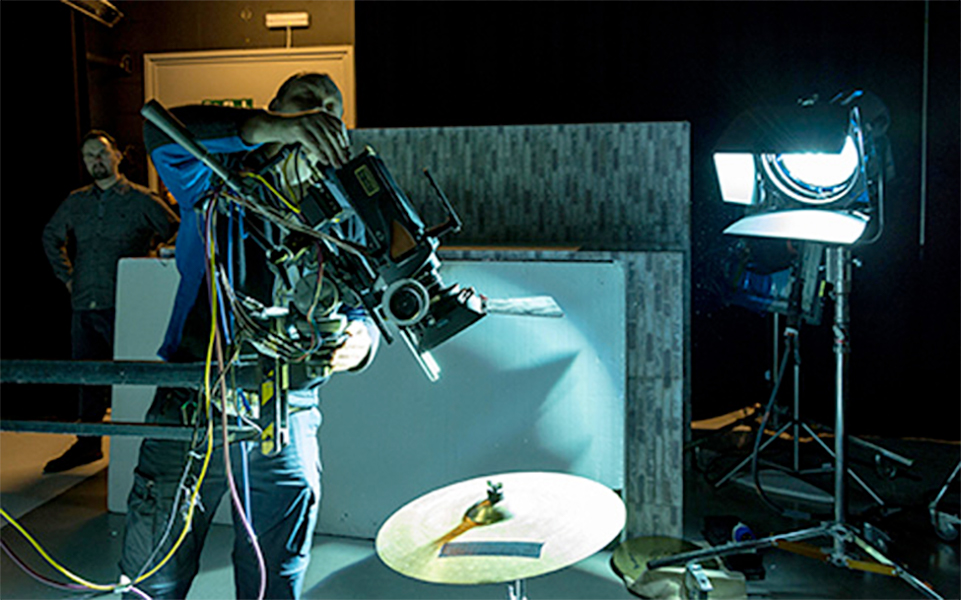 Filming for Tales of Us with the Phantom Camera

In Cinemas Across the UK and Internationally
4 March 2014

The world-class facilities at the Faculty of Art, Design & Architecture’s Moving Image Department have been used by the group Goldfrapp for a global cinema event to be broadcast to theatres around the world on Tuesday 4 March. The performance entitled Tales of Us includes footage shot by director Lisa Gunning using the state-of-the-art Phantom camera from the Moving Image studios at the Knight’s Park Campus.

Having established her name as the editor of major films such as Seven Psychopaths, Nowhere Boy and Salmon Fishing in The Yemen, Lisa Gunning is making her directorial debut with the Tales of Us project. She worked with FADA Moving Image senior technician Kenny Evans to create a set of stunning slow-motion sequences for the live event.

Alison Goldfrapp and Lisa Gunning attended the recent performance and film-installation MeleCH by current PhD student Anat Ben David at the University’s Stanley Picker Gallery, and approached gallery director David Falkner to enquire if they might be able to experiment with the Phantom camera for the live section of their event. The Phantom HD Gold ultra-slow motion camera is capable of shooting at up to 1000 frames per second. There are only 150 of these cameras in the world and Kingston University is one of just two educational establishments to own one.

“It was such an honour to spend time with Kenny, using the incredible Phantom camera to make some beautiful images for our back projections. The studio was a joy to work in and I’m absolutely thrilled with the results. The students at Kingston are very fortunate to have such magnificent resources to work with.”

Tales of Us is an innovative live cinema event involving the simultaneous global screening of a suite of new films, co-created by Alison Goldfrapp and Lisa Gunning, followed by an intimate live performance transmitted exclusively from legendary Air Studios London directly to the international cinema audiences. The live screening will take place on Tuesday 4 March in cinemas across the UK, Europe, North America, Australia and New Zealand.

A limited number of free entries for the Kingston Odeon screening of Tales of Us on Tuesday 4 March will be made available to Stanley Picker Gallery visitors from 11am on the day of the event. Strictly limited to one entry per visitor, on a first come first served basis.