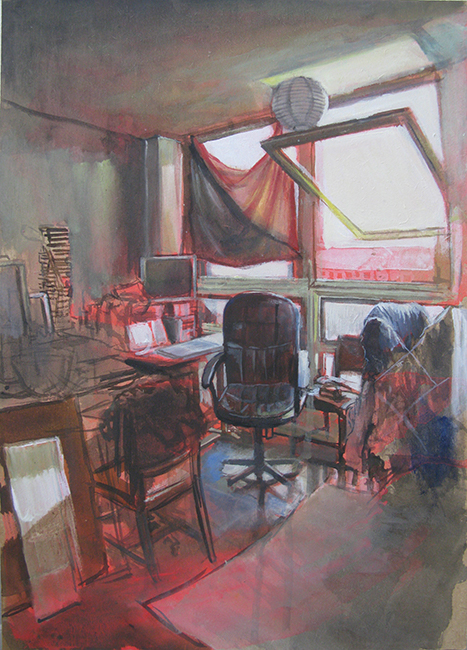 Laura Grace Ford (formerly Oldfield Ford) is a London-based artist and writer concerned with issues surrounding contemporary political protest, urbanism, architecture and memory. Since graduating from the Royal College of Art in 2007 she has become well known for her politically active and poetic engagement with London as a site of social antagonism. She is the author of Savage Messiah.

Her Stanley Picker Fellowship project involves undertaking an investigation into the sociogeography of the suburbs, specifically within the old boundaries of the county of Surrey, examining marginal political and counter-cultural groups in an attempt to ascertain the affects of landscape on the collective psyche.

Grace Ford aims for the project to be an “investigation into the marginal, a process of burrowing under the heritage version of England to uncover the repressed psyche of a land.  I want to ask how far are the marginal political ideologies that emerge in the fraying edges of our cities a product of that environment and what new discourses are fomenting in the liminal zones of the commuter belt.”

The project will ultimately aim to “seek the traces of marginal lifestyles and political ideologies from the Diggers and Winstanley in St George’s Hill to the premonitions of Ballard in Kingdom Come. The walks and subsequent studio work will serve as examinations of physical marks in the landscape, of folklore, collective memory, and the politics of contemporary protest.”

Grace Ford will be participating in a number of exhibitions around the country in advance of her Stanley Picker Fellowship exhibition this coming Autumn. Bluecoat Liverpool is currently exhibiting her work as part of Soft Estate (until 23 February and travelling to Spacex Exeter in April 2014), the title derived from the Highway’s Agency description of the natural habitats of motorways and trunk roads, the liminal zones around Britain’s motorway networks. Tate Britain will be showing works by the artist as part of Ruin Lust, an exhibition of a wide-ranging interpretation on the subject of ruins in art from the 17th (reviewed in The Guardian) century to the present day (4 March-18 May 2014). Forming part of a V&A touring exhibition entitled Recording Britain, Grace Ford will present a series of drawings made while documenting the area cleared for the 2012 Olympics; the artist judging the John Ruskin Prize Recording Britain Now, showing at the Millennium Galleries Sheffield (3 April-2 Nov 2014). Finally, the artist will be presenting work in Comics Unmasked: Art and Anarchy in the UK at the British Library (2 May-19 Aug 2014) exploring the full range of the genre from mainstream to underground.