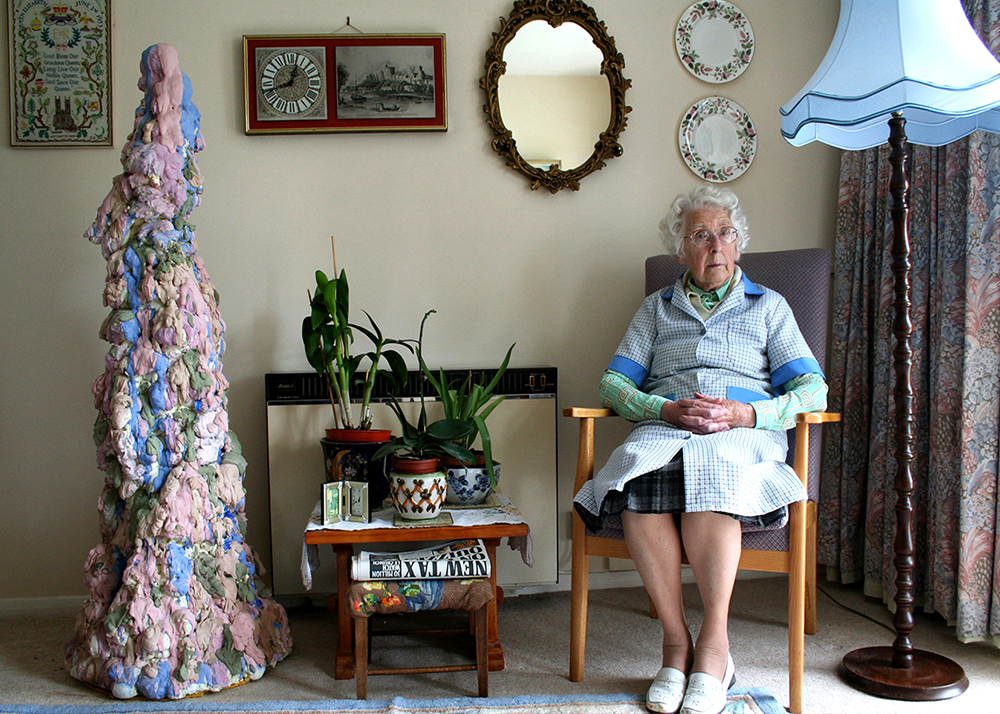 Andy Holden’s work incorporates a wide variety of media and forms of presentation, from plaster, bronze and ceramic objects, to music, performance and large outdoor sculpture.  Recent exhibitions include Pyramid Piece and Return of the Pyramid Piece  for Art Now at Tate Britain and Chewy Cosmos Thingly Time at Kettle’s Yard in Cambridge. He curated Be Glad For the Song Has No End – A Festival of Artists’ Music at Wysing Arts Centre in 2010.

For his Stanley Picker Fellowship Holden developed the exhibition  Laws of Motion in a Cartoon Landscape,  an elaboration in space of the ideas presented in the lecture of the same name. In the lecture staged by  Andy Holden  together with curator Tyler Woolcott, the pair put forward an idea that we can use the laws of physics as they appear in cartoons to help us devise a possible way of understanding the landscape “after the end of art history…a landscape where it seems like anything might be possible, but not everything is, there are rules that begin to emerge as we make observations”. The  Laws of Motion in Cartoon Landscape Lecture was restaged at Swedenborg House, Bloombsbury, in January 2013 to accompany the Stanley Picker Gallery exhibition.

In parallel, Holden continued to develop work that focussed on a key moment in his evolution as an artist; his involvement with the art movement known as MI!MS (Maximum Irony! Maximum Sincerity), which took place in his home town of Bedford in the first few years on the 21st Century.  The movement posited a coupling of Irony and Sincerity, the extreme points of the two poles operating together simultaneously. As it’s manifesto stated: “MI!MS is about the willingness to be lied to and the will to believe!”. As an integrated part of this project, concluding his Stanley Picker Fellowship, Holden staged The Music of Mims with Grubby Mitts band member and the chamber orchestra and children’s choir from Tiffin School, Kingston, recordings of the live event forming part of a subsequent exhibition at the Zabludowicz Collection, London in Autumn 2013.

A documentary, commissioned by the Royal College of Art MA Curating students for Resonance 104.4FM, gives a good introduction into the intentions and activities of MI!MS through a series of reflections by many of the original members.

The Music of M!MS Event

Music of M!MS Performance at the Rose Theatre