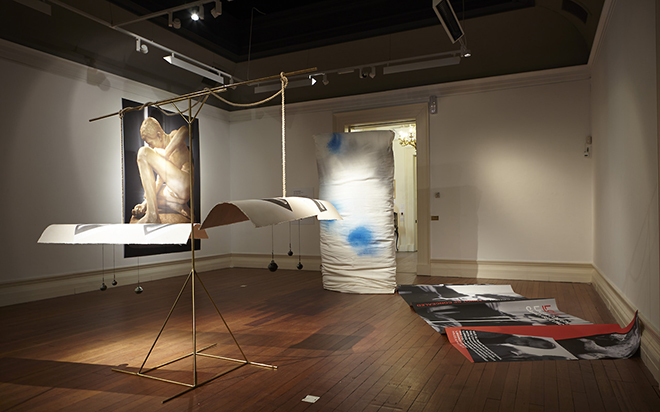 Wednesday 17 April 5pm
The Turner Prize nominated artist discusses his work through the lens of ritualistic conformity, and how futures are imagined, and created, in spite of the present. Hiorns will participate in the 2013 Venice Biennale, and has forthcoming solo exhibitions at The Hepworth Wakefield (2013) and The Ikon Gallery, Birmingham (2014).

Thursday 18 April 5pm
The prize-winning novelist will discuss the notion of the city under siege. Ranging from Troy to Sarajevo and taking in blockades, quarantines, hostage situations and the human soul trapped forever in its own body this lecture will discuss the strange effects that containment can have on the contained. Beauman is the author of the novels Boxer, Beetle, winner of the UK Writers Guild Award and the Goldberg Prize for Outstanding Debut Fiction, and The Teleportation Accident, longlisted for the Man Booker Prize 2012.

Wednesday 8 May 5pm
Initiated by the artist Rupert Ackroyd and his collaborator Christopher Rowntree, the Pubco Research Centre is an ongoing analytical study of design aesthetics within British drinking culture. Having presented their work in contexts as diverse as the 176 Zabludowicz Collection, London, and the British Sociological Associations Alcohol Study Group, this will be the first time Ackroyd and Rowntree have lectured in a former public house.