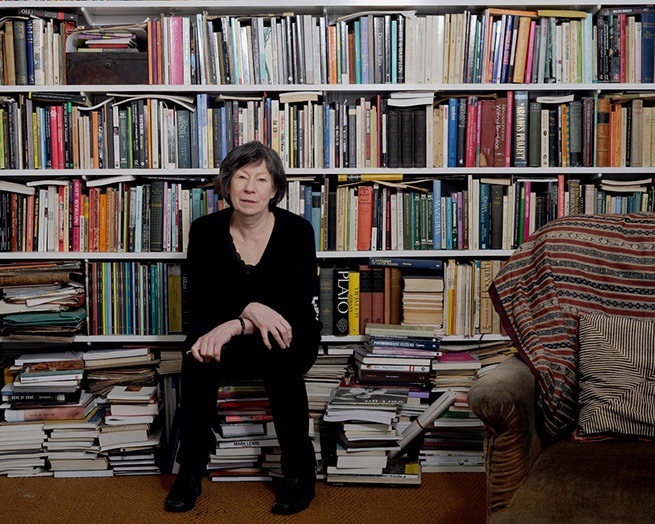 Quotation, repetition, cinematic time (and beyond): thinking through some images of motherhood.

In the lecture, Professor Laura Mulvey discusses the privileged relation of film to the representation of time. Not only can it shift between the different temporalities of still and moving images but also, by integrating pre-existing footage into a newly configured text, film can layer time, creating a juxtaposition of a past and a (then ever-receding) present. But now, aided by new technologies, film images are, as never before, migrating from text to text. As always with quotation, the film image cites its origins while simultaneously relating to its new setting, confusing time through repetition and reference.

In order to think through some aspects of these issues, Mulvey uses examples of films that revolve around stories of motherhood and its related iconographies. Each of the films have, in some way or another, reconfigured images that already have a cinematic past or have found an unexpected afterlife, detached from their original settings. The questions raised by form (cinematic temporalities) have no immediate relevance to the questions raised by content (images of motherhood); on the other hand, perhaps they might…

Laura Mulvey is Professor of Film and Media Studies at Birkbeck College, University of London. She is the author of: Visual and Other Pleasures (Macmillan 1989; second edition 2009), Fetishism and Curiosity (British Film Institute 1996; second edition 2013), Citizen Kane (BFI Classics series 1992; second edition 2012) and Death Twenty- four Times a Second: Stillness and the Moving Image (Reaktion Books 2006). She made six films in collaboration with Peter Wollen including Riddles of the Sphinx (British Film Institute 1977; DVD publication 2013) and Frida Kahlo and Tina Modotti (Arts Council 1980). With artist/filmmaker Mark Lewis, she has made Disgraced Monuments (Channel 4 1994) and 23 August 2008 (2013).