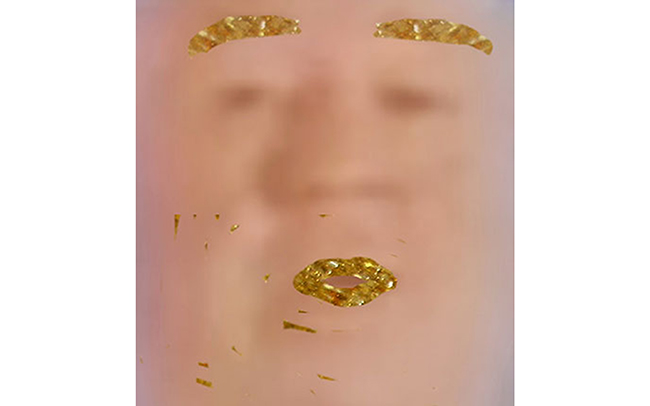 Oreet Ashery is set to formally launch her Stanley Picker Fellowship project Revisiting Genesis as part of Fig.2 at the ICA. Revisiting Genesis is a web series looking at the processes of dying, digital afterlife and legacy, outsider communities, friendships and reincarnations of women artists. Premiering in a solo exhibition at the Gallery during Spring/Summer 2016, the series will feature a nurse who creates biographical slideshows for those actively preparing for death, and Genesis, an artist in need of a slideshow.

For fig-2, Ashery embarks on a two-staged exhibition, inviting the death metal band Anoxide and artist duo New Noveta to realise a colliding performance at the opening night, with an installation to follow.

Instigating the embedded condition of death in the everyday and highlighting its presence, Ashery transforms the space into a place for contemplation and formation of a creative endeavour. An all white environment includes two bronze busts by Kingston-based modernist sculptor Dora Gordine (1895-1991); a self-portrait and a rendition of one of her supporters, the art historian and museum director Sir John Pope-Hennessy, and a photograph depicting Amy Winehouse with her producer Mark Ronson. Both Gordine and Winehouse constantly negotiated dominant strucutres in the art world and in the music industry. The installation is accompanied by an excerpt from Alfred Hitchcock Presents.

In preparation for the web series – to be filmed this coming December in front of a live audience at the Stanley Picker Gallery and onsite at Dorich House Museum – a two-day casting session will take place at fig-2 for Genesis’ friends and people actively preparing for death.