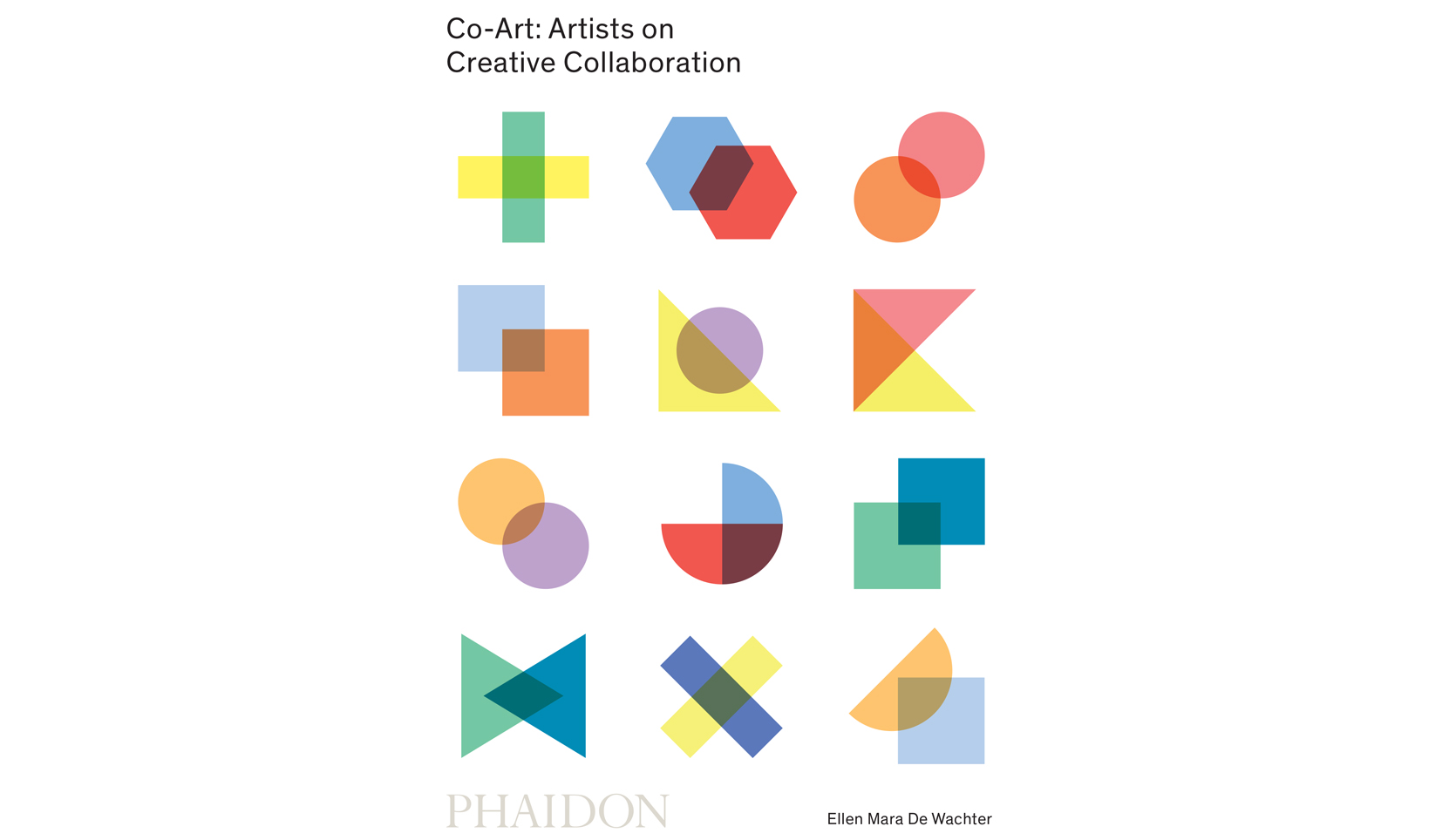 Art history is traditionally presented as the individual’s struggle for self-expression, yet over the past fifty years, the number of artists working collaboratively has grown exponentially. Inspired by the collaborative nature of the exhibition 31 Candles: Jessi Reaves feat. Bradley Kronz and Jessi Reaves (Waiting for Boots) at Dorich House Museum, On Collaboration is an afternoon conversation staged within the show itself and led by Ellen Mara De Wachter, author of Co-Art: Artists on Creative Collaboration (Phaidon, 2017) with guest speakers Cullinan–Richards and Samuel Levack & Jennifer Lewandowski.

Ellen Mara De Wachter is a writer and curator based in London. She is a frequent contributor to Frieze magazine, and her writing has featured in numerous publications and exhibition catalogues. Her book ‘Co-Art: Artists on Creative Collaboration’, published by Phaidon, explores the phenomenon of collaboration in the visual arts and its potential in society at large. De Wachter is a Visiting Lecturer in Sculpture at the Royal College of Art, and has taught at the Royal Academy Schools, Goldsmiths College, Brighton University, Newcastle University among other places. In 2013-15 she was Curator of Public Collection Development at the Contemporary Art Society, where she was responsible for CAS’s acquisitions scheme for museums across the UK. Prior to that, she worked at various arts organisations including the British Museum and the Barbican Art Gallery. Twitter @EMDeWachter

Charlotte Cullinan and Jeanine Richards are an artist duo whose work explores ‘the exhibition’ as a medium itself through the use of their studio based production. They use paintings, sculptural support structures, lighting systems and found objects to investigate ideas of contingency, provisionality, fluidity and interconnectedness in relation to making artwork. For a recent exhibition Cullinan Richards created spaces for dialogue around feminist thinking in a show titled: ‘Of Other Spaces: Where does Gesture Become Event?’,at Cooper Gallery Dundee 2016 -17, linking the exhibition throughout with a series of specially commissioned structures collectively titled A Modular Infrastructure Acting in Concert with Cooper Gallery. Made from steel scaffolding and mirrored plywood panels, these structures functioned as both artworks and display units for groupings of other artist’s work, documentation and archive material.Two recent major works for Charles H Scott Gallery, Vancouver CA, in February 2017 titled: Pleistocene and Feeling Guilty About Painting were included in the Exhibition Goodbye Charles developing Cullinan Richards interest in the function of narrative in ‘staging’ exhibitions..

Samuel Levack & Jennifer Lewandowski’s expanded practice includes film, performance, installation, poetry and music. Their work has been shown in exhibitions, performances and film screenings in the UK, Europe, and the USA. Together with their band Das Hund, they have performed internationally and are currently recording their debut album For Freedom. Since 2011, they have curated the artist-run gallery French Riviera in Bethnal Green, east London. In 2016 they received an Artists International Development Fund award from the British Council and Arts Council England, for their Alternative Living Tour, an artist residency in Joshua Tree and a series of performances in Los Angeles. Their new film Peace Flags 4 Chaos, filmed in London, Somerset, Colorado and California during 2016, will be included in The Housing Question, the upcoming exhibition at Middlesbrough Institute of Modern Art, UK opening in October 2017.

Located a ‘Deer’s Leap’ from Richmond Park, Dorich House Museum, one of London hidden gems, is the former studio home of the Russian sculptor, artist and designer Dora Gordine and her husband the Hon. Richard Hare, a scholar of Russian art and literature. Now Grade II listed, the building was completed in 1936, to Gordine’s design, and is an exceptional example of a modern studio house created by a female artist as a space in which to live and work. Following Gordine’s death in 1991, Dorich House was acquired and renovated by Kingston University and is now open to the public as a museum, operating as an international centre to promote and support women creative practitioners.