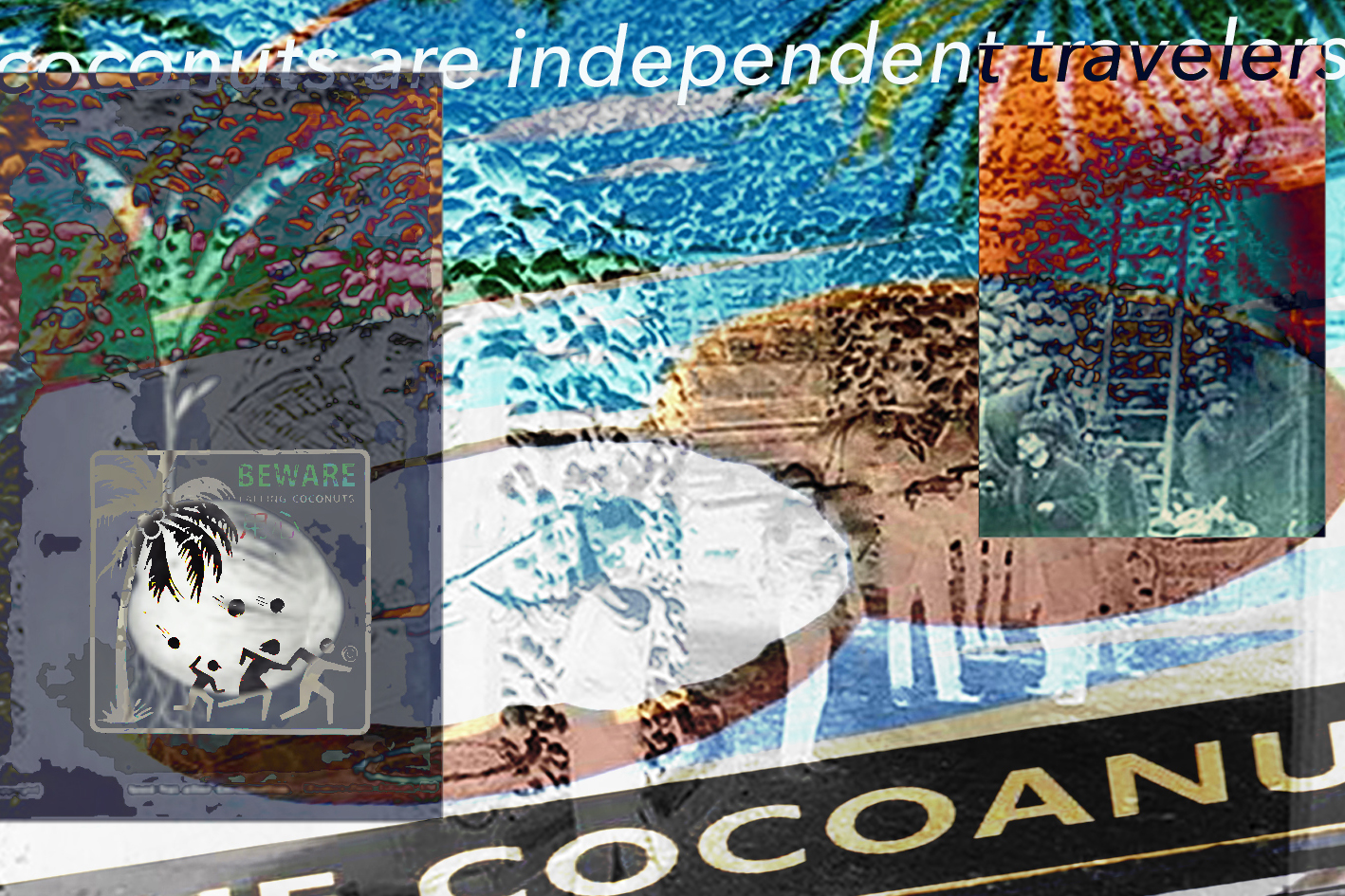 As a way of putting “de-linking-entanglements” into practice, Erika will be joined in the studio at the Stanley Picker Gallery by Mita Vaghela and Tat Whalley – two new(ish) acquaintances whose work and conversations found resonances with her own. As a way of testing what this might mean or be, Erika has invited them to spend-time-together and to see where this could lead. Erika met Mita a year ago at a conference she organized on Global Asia’s. Since then their paths haven’t really crossed, until a recent realisation of a shared coconut fiber interest. Mita’s current work consists of a 17 meter long handmade coir net, and she is also working with over 200 hand-processed coconut shells. Erika met Tat on a recent trip to retrieve a collection of objects, art works, images of her mothers from a dusty old, spider-ridden barn. On the return trip to Stanley Picker Gallery, Tat spoke about an ‘on-going project’ – it is this project, ‘Max From Greece’, which takes a musical form, and often explores the ‘covers’ that no-one else wants to play which struck a chord.

Something in these disparate conversations will hopefully surface in this meeting of semi-strangers – times below are provisional – nothing is bookable – we will be there, come join us, for a bit or all.

11am – 5pm | “my mother’s stuff”
Open Studio with an on going, changing archival engagements with the work of Fay Tan

2pm – 4pm | Conversations between strangers
Mita and Erika will discuss their work and interests in coconuts – for the very first time – whilst also sharing coconut consumption via cocktails, chutney and crackers

Erika’s studio will also be open to the public on the 15th of June where she will be continuing work in the studio on “my mother’s stuff” and coconut connections.

Erika Tan is the 2018-2020 Stanley Picker Fellow in Fine Art. Her current work is trying to work through undersigned remains, coincidental connections – putting to test ideas around de-linking-entanglements.

Mita Vaghela’s practice is concerned with the value of women in Hindu Society, and focuses on her experience of ‘double diaspora’. Her research spans colonial and post-colonial theories, cultural studies and diaspora discourse interweaving personal and shared anecdotal stories; questioning social heritage and working across a range of media.

Tat Whalley has worked extensively as an actor and musician. His ‘Max from Greece’ project draws on both disciplines to explore music of diverse origins. Using a bare bones approach to instrumentation and performance, Tat seeks to question what we think we know about familiar songs and musical styles, presenting each song ‘as it reveals itself to us’.