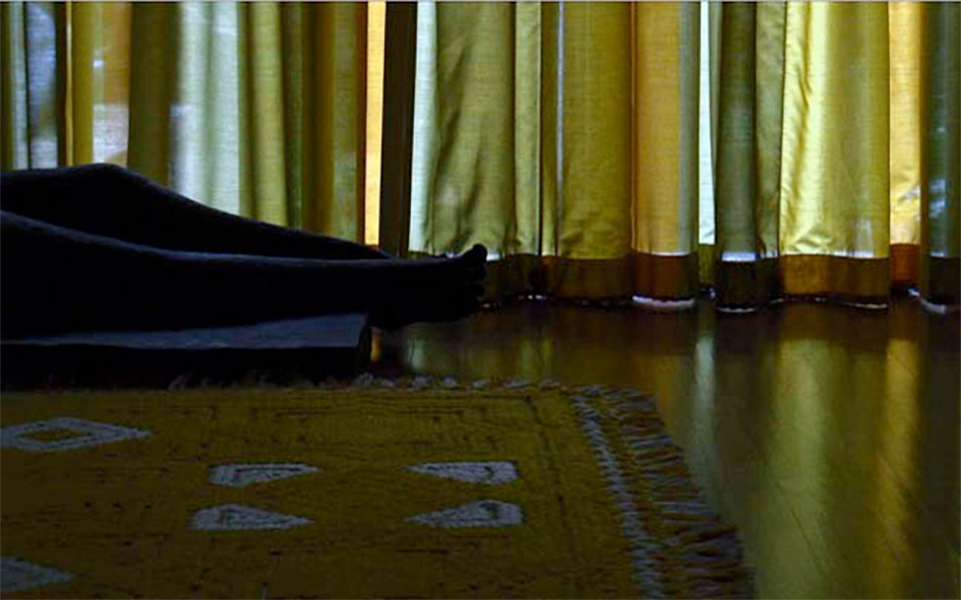 Stanley Picker Fellow and 2012 Turner Prize winner Elizabeth Price, has been selected by the Whitechapel Gallery to show her film At the House of Mr X, originally commissioned by the Stanley Picker Gallery, as part of the fifth Artists’ Film International programme. Artists who work with film, video and animation, have been selected from fifteen partner organisations around the world, and their works will be presented at each venue during the course of a year, with Price’s film showing at the Whitechapel Gallery from 14 January.

The subject of the film is the home of an anonymous art collector, designed and built in the late 1960s. Only briefly inhabited, the House and its contents remain immaculately preserved. The visual tour of the house is directed by a Guide, a silent narrator only present as an on-screen script, punctuated with percussion and close-harmony vocal arrangements. The script is collaged from documents relating to the House, art collection, and business ventures of the former resident, who generated his wealth through cosmetics brands Outdoor Girl and Mary Quant.

At the House of Mr X was filmed on location at the Picker House and premiered at the Stanley Picker Gallery at the conclusion of Price’s Fellowship at Kingston University in 2007, since when the piece has been shown at many venues including the British Film Institute, Serpentine Gallery and Frieze Art Fair.